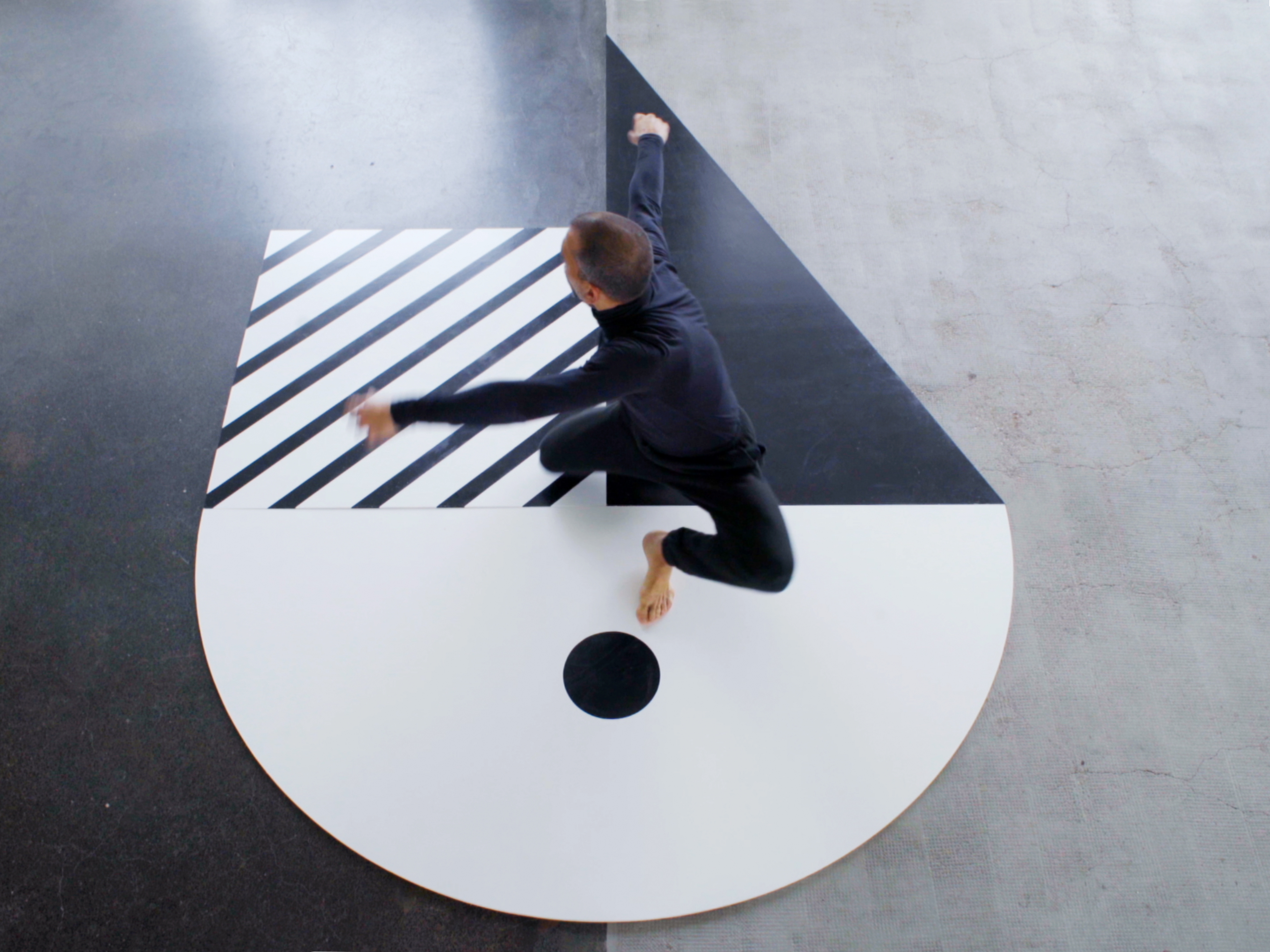 Andrea Canepa traces a round trip around the same idea in two projects. The first is Anschauung, composed of 3 components (an installation, a slide projection and some canvases/paintings) that revolves around experiments in early education and its relationship with modern art.

Canepa traces that nexus from pedagogical materials of the mid-s. XIX and early s. XX (the gifts of Friedrich Fröbel, creator of Kindergarten, the binomial cube of Maria Montessori, the logical blocks of Zoltán Pál Dienes, etc.), conceived to stimulate abstract thinking in childhood through its manipulation (in this context, the German term “Anschauung” refers to learning by the way of the objects exploration).

The installation refers to the teaching materials cited (their shapes and colors) and has been used for the logic of these materials. The starting point is a large black cube that has been divided into prisms deployed by space. Each cut gives rise to a new plane, which is signaled by a new color, suggesting thus the correspondence between the part and the whole.

The slide show displays historical documents and teaching materials, research contextualizing artist. The three fabrics, reminiscent of blackboards, present a quote by Kandinsky about symbolic forms, translated into the code of the “Montessori grammatical solids”, a quote by Paul Klee on color, translated with “The silent method” by Caleb Gattengo for the language teaching and a drawing exercise by Johann Heinrich Pestalozzi and Johannes Christoff Buß (taken from his book ABC der Anschauung) respectively.

Anschauung goes through the nexus between the concrete character of these multicolored objects (materials to be manipulated) and their orientation towards the abstract. After all, they are pedagogical devices designed to evoke abstract concepts of mathematics and language, and, in addition, their forms immediately refer us to early modern abstraction (suprematist, constructivist, neoplasticist, etc.). In short, these are, at the same time, elementary forms and highly sophisticated aesthetic-ideological code.

This first path goes from experience (sensory, perceptual) to abstractions, from concepts to codes. The second trajectory, on the other hand, follows the inverse path, from the abstract code to the corporal experience.

This tour underlies the video Until it lives in the muscle, for which Canepa creates a series of platforms, based on the forms and graphics of the choreographic notation system devised by the pioneer of modern dance Rudolf von Laban. Due to their formal characteristics, these platforms evoke the geometric abstraction and pedagogical materials cited in Anschauung. Because of their disposition, they remember a game board (halfway between Twister and Backgammon) and by their function they are simultaneously stage and scenic script, since they give a series of dance improvisation exercises of three dancers, who perform on those boards.

The performers are decoding the indications of the same stage in which they dance, whose enigmatic signs are translated into the movements in space-time. Again the artist establishes a nexus between the concrete and the abstract: first, through the platforms / notation, which are code and concrete forms, and second, through dance, which is as concrete as the movement of bodies and as abstract (aesthetically speaking) as it is a non-narrative and non-symbolic dance.

In the journey from bodily experience to concepts and concepts to body experience, Andrea Canepa reveals a space -the margin of play alluded to in her title- where rules and chance are found: the rules of language, which they reveal the meaning of forms, colors and movements (thus constituted in “message”) and chance that produces nonsense and bewilderment, but also opens the door to the unlimited possibility of the unpredictable. That potential space of deciphering and invention is none other than that which Andrea Canepa takes us to occupy. 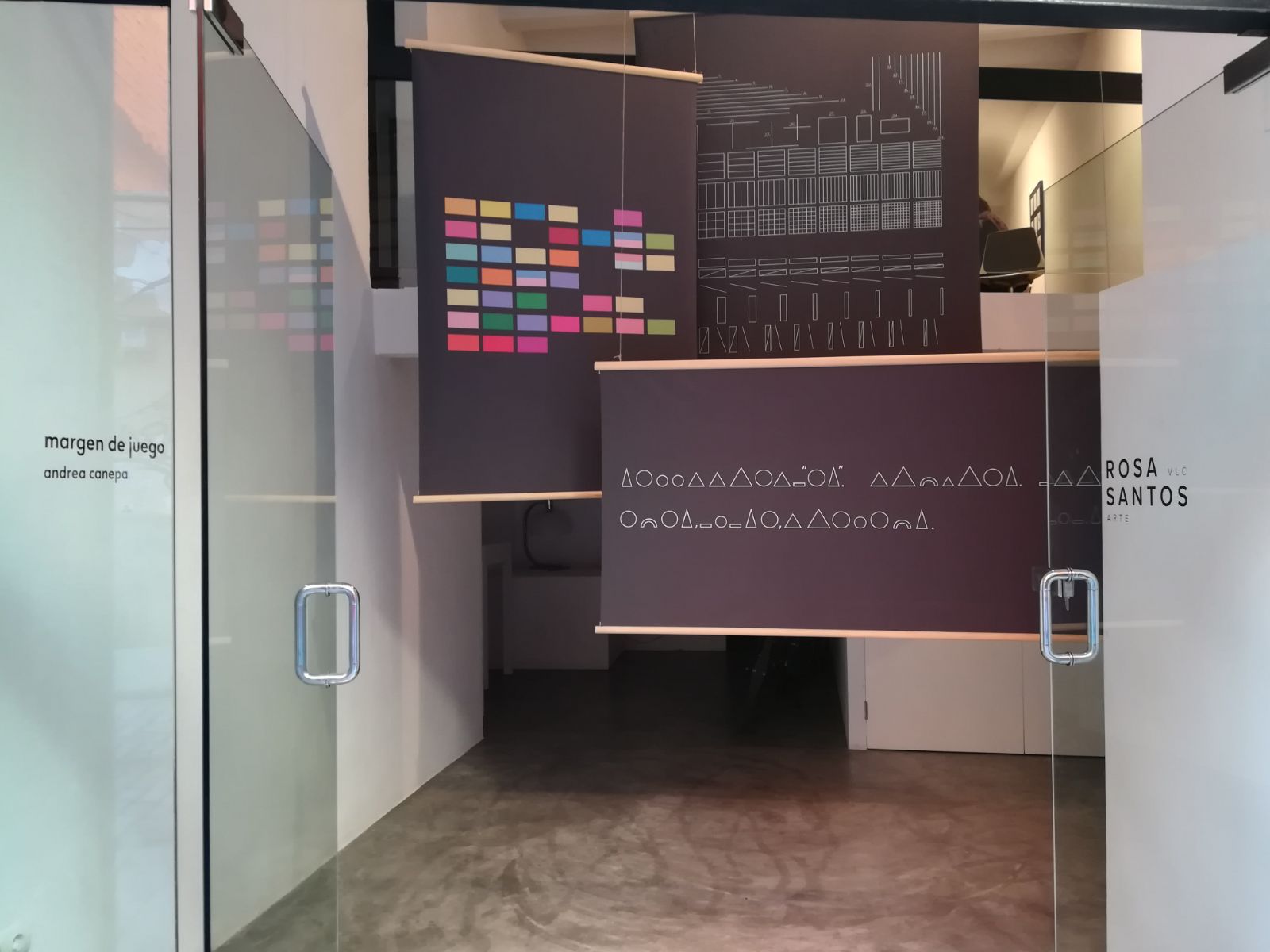 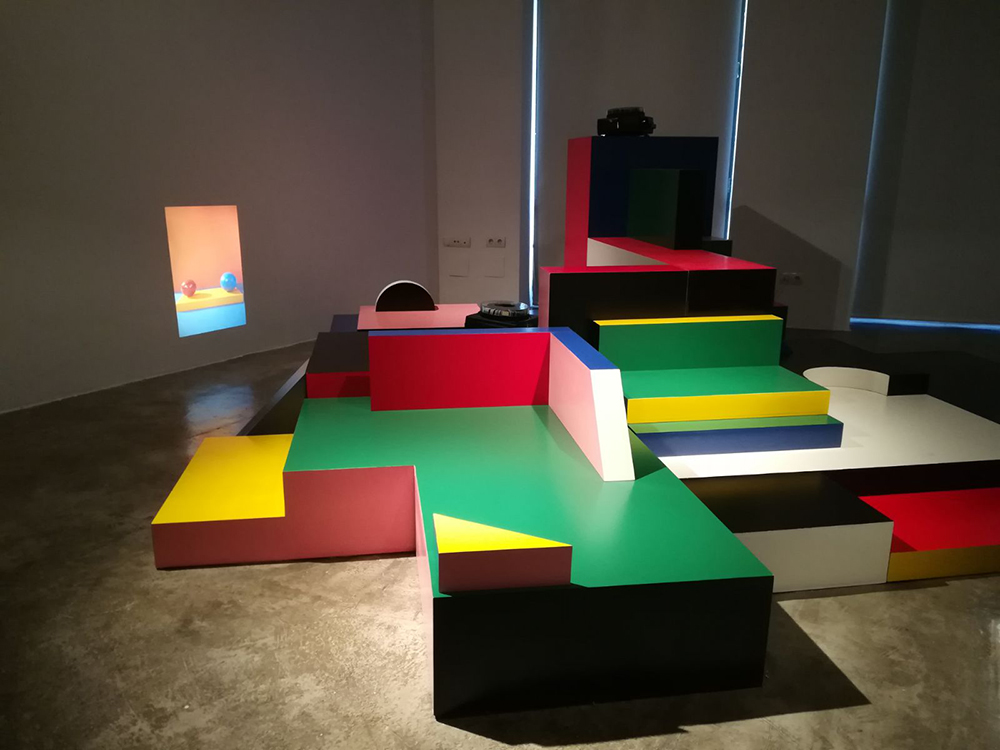 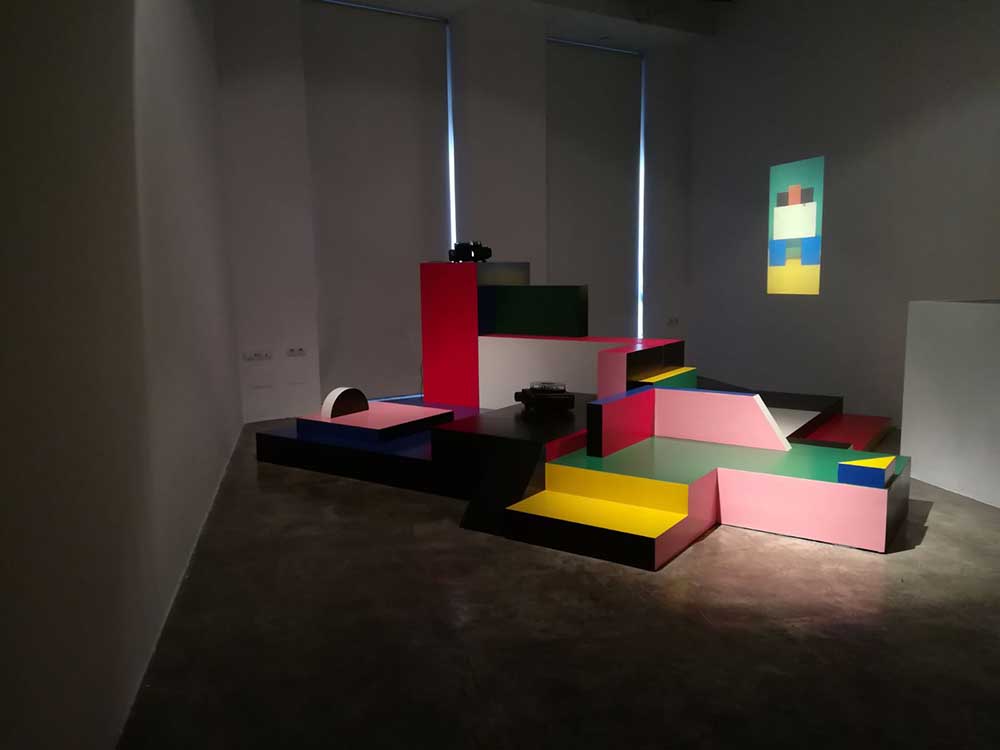 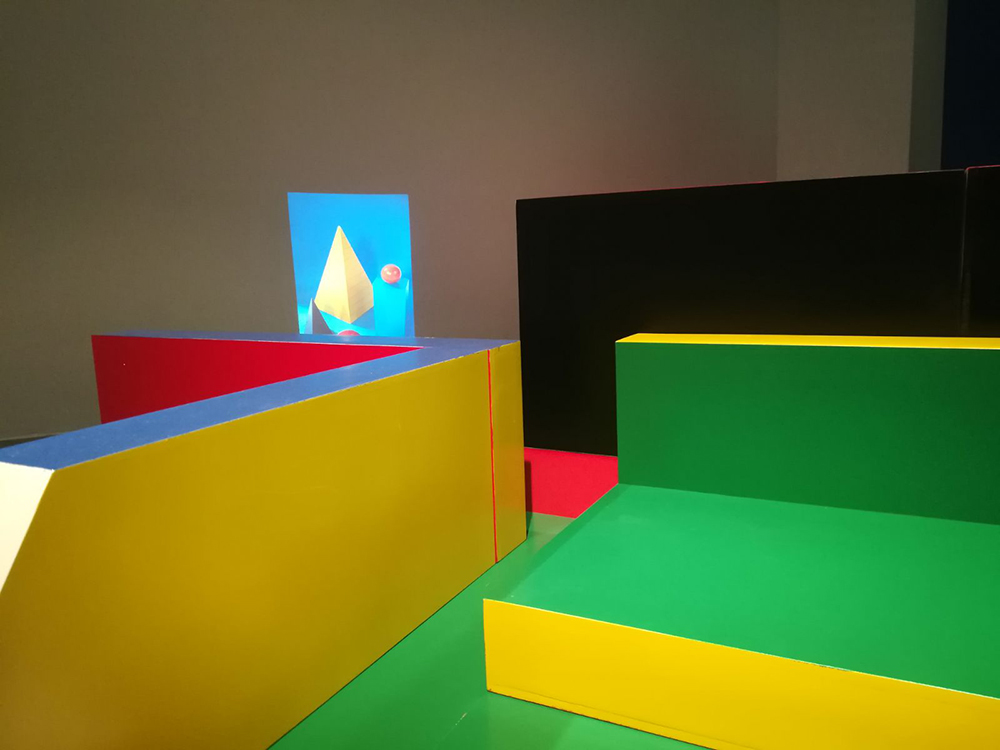 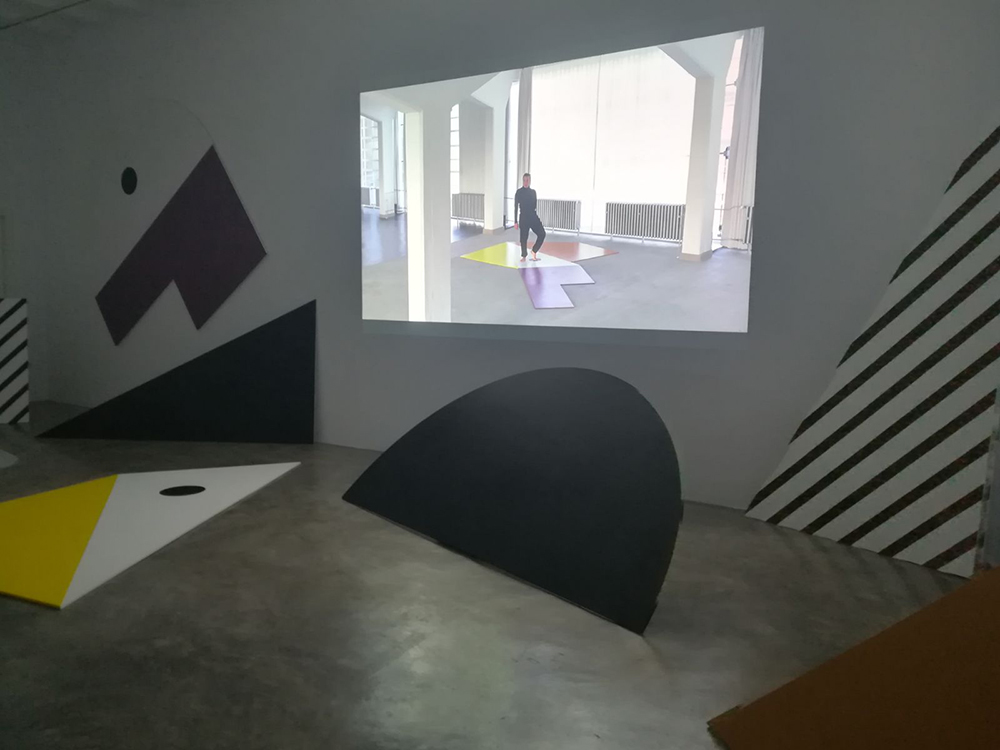