In 2019, as part of the programme of specific interventions for osloBIENNALEN First Edition, the US artist Lisa Tan decided to invest the bulk of her production stipend in refurbishing the toilets at the biennial’s headquarters, used every day by the biennial’s workers, but also by local artists using the rooms the organization has assigned […]

In 2019, as part of the programme of specific interventions for osloBIENNALEN First Edition, the US artist Lisa Tan decided to invest the bulk of her production stipend in refurbishing the toilets at the biennial’s headquarters, used every day by the biennial’s workers, but also by local artists using the rooms the organization has assigned for studio space. On the central staircase connecting the building’s four floors, Tan also placed a series of printed cards containing a text on the importance that artists look at other artists. In it she includes a fragment of a more extensive text by the artist Tom Burr exploring this idea.

Artists are constituted through other artists. We define ourselves in relation to one another in some way. We savagely pick at the bits we crave and ingest them, making them our own matter, or spit them out in revolt. We protect ourselves fiercely, and offer ourselves up freely. We project images of ourselves and then reside within them. We create our own genealogies, I like to think, which, like photographs, can be sorted, shuffled and pinned in place, only to be reshuffled again when needed.

It is odd that, just when I was asked to write this text for the exhibition by Joan Sebastián you are now visiting, the first thing that came into my head was Lisa Tan’s generous gesture and Tom Burr’s words printed on that card. After digging the card up from a box, I was reminded of something I had forgotten, and that is that Tan also quoted from a lecture that the artist Alejandro Cesarco had given on On Kawara for the Dia Art Foundation’s Artists on Artists series, which had likewise quoted Burr’s text. Reminded by Cesarco’s words, Tan confessed that she once cried while looking at On Kawara’s work.

Nacho París argues that Joan Sebastián’s work ought to be inscribed in a long tradition of ideas on temporality and its narrations. It’s not a question of agreeing or not, it is simply how it is. I have read some pointed reflections on the relationship between his drawings and time, which is why I would like to take my approach in a different direction and use the idea of constituting oneself through others as my point of departure.

Capturas is structured around a set of drawings based on his influences or admirations for other artists. To some extent Joan Sebastián signals On Kawara, Toba Khedoori, Mark Manders, Miriam Cahn, Mladen Stilinović, Robert Longo and Vija Celmins as the possible culprits for his work today. He has, in fact, spent the last few years producing this tribute of sorts which is not only materialized separately, drawing by drawing, but also takes shape as a kind of possible group exhibition, in which hypothetically, each drawing could be replaced by the original, the one he used as a model, in which case Sebastián would then fade into the background. I love the charm of a certain kind of–rare, cordial, stimulating— book in which one artist explains why he admires another, Enrique Vila-Matas said when talking about Alain Robbe-Grillet’s book Why I Love Barthes.[1]

Having said that, Joan’s game, in the sense Mladen Stilinović gives to the term, like in the dice whose all six sides have the word BOL (pain) written on them, is halfway between play and a decision to disappear, to dissolve himself in the work of others, artists he considers as models to look up to. And though it might sound excessive, the price he pays for the immortality of others is his own death. Stilinović asked himself questions about pain: what pain, whose pain, where is the pain from, as if pain had to be explained, analyzed. There’s nothing to be explained. The pain is there.[2]

Underpinning these captures by Joan Sebastián is a series of data that speak to us not just of admiration or influence. Patent across all of them is a technical trace of the drawing emerging on the paper, slowly and painstakingly reproducing not only the slowness and painstakingness underlying some of the original works by these artists, but also the immediate gesture, the doodle that surfaces in the drawings of Miriam Cahn or Mark Manders, in the signature on the telegram On Kawara sent to Sol LeWitt, or in the Pollock- or Motherwell-inspired drawings based in turn on those already reproduced by Robert Longo. That is to say, a mise en abyme of the abstract expressionist gesture contained in Longo’s methodical drawing recursively followed by Longo’s gesture contained in that of Sebastián’s.

Yet, it is not the only trace that remains. There is also the digital trace, the one that betrays and records how we observe art today. We would be misled if we thought that the fact that all the images have been culled from the internet is not deliberate. And not just internet, but the webpages of galleries that represent these artists, art fairs in which they are on sale or collections they belong to. As if the artist qua artist no longer existed without the infrastructure that endorses and makes him visible.

What underlies this series of drawings is a widespread model that speaks to the way we consume art today. Perhaps the pandemic and the obligation to spend weeks on end at home have exacerbated a tendency which had already been brewing for years. We are no longer surprised by photographic framings or montages designed to be viewed on a tablet or smartphone. Formats have changed, and therein lies Joan Sebastián’s decision. To emulate the copyist who used to spend hours in front of a painting in a museum, or the plein-air painter recreating the vista that others had seen before him; but to do so now in front of the computer from the cosiness of home. I know that Capturas was actually started before the lockdown in March 2020, but it was from that moment onwards when doing it in this way and evincing its digital trace took on greater import.

I believe that the artist who creates images is somehow impelled by his own ego, by the conviction that there is something in these images that cures, and thus he offers them as healing so that whoever contemplates them will also feel impelled. In the images Joan draws, the healing is only his, and I would venture to add that it lasts strictly the hours and days that it takes to complete the drawing. It is basically a case of doing it for yourself, and that the result is nothing but the remains of a catharsis that, as On Kawara has also done, bears witness to the fact that, despite everything, one is still alive. This is the only way of understanding how works like this series by Joan can take place. We ought to consider ourselves lucky that there are still artists who share this understanding. 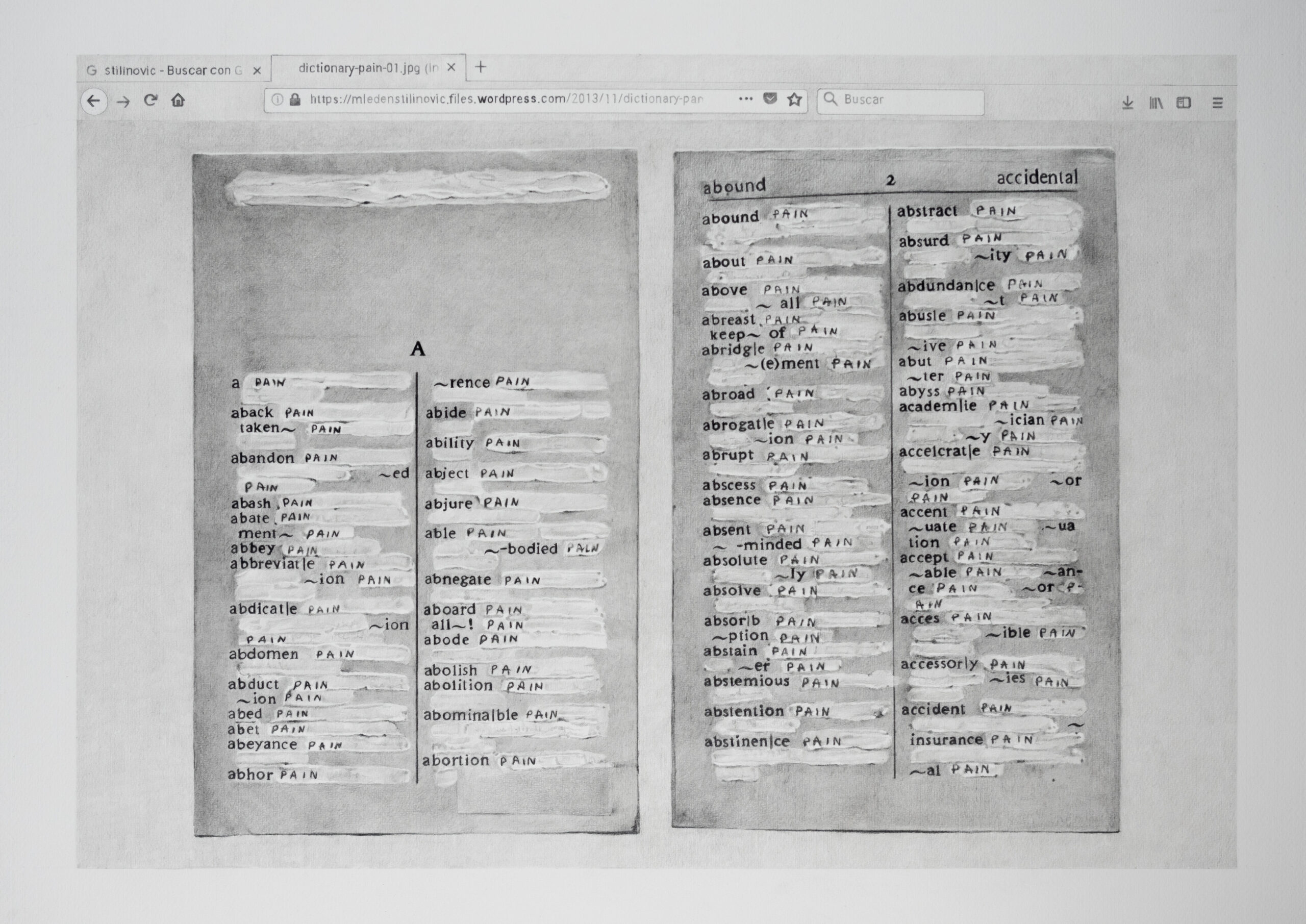 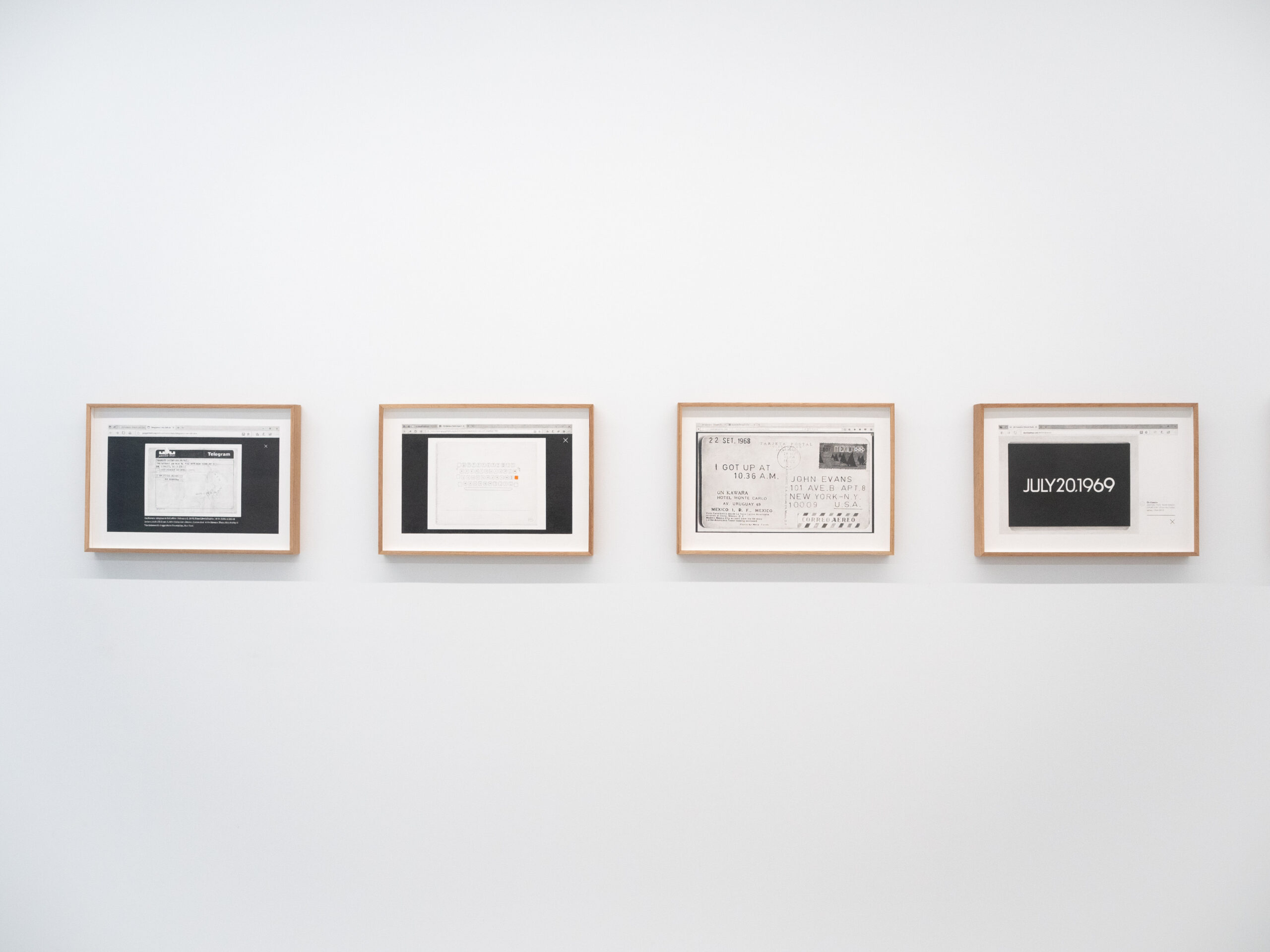 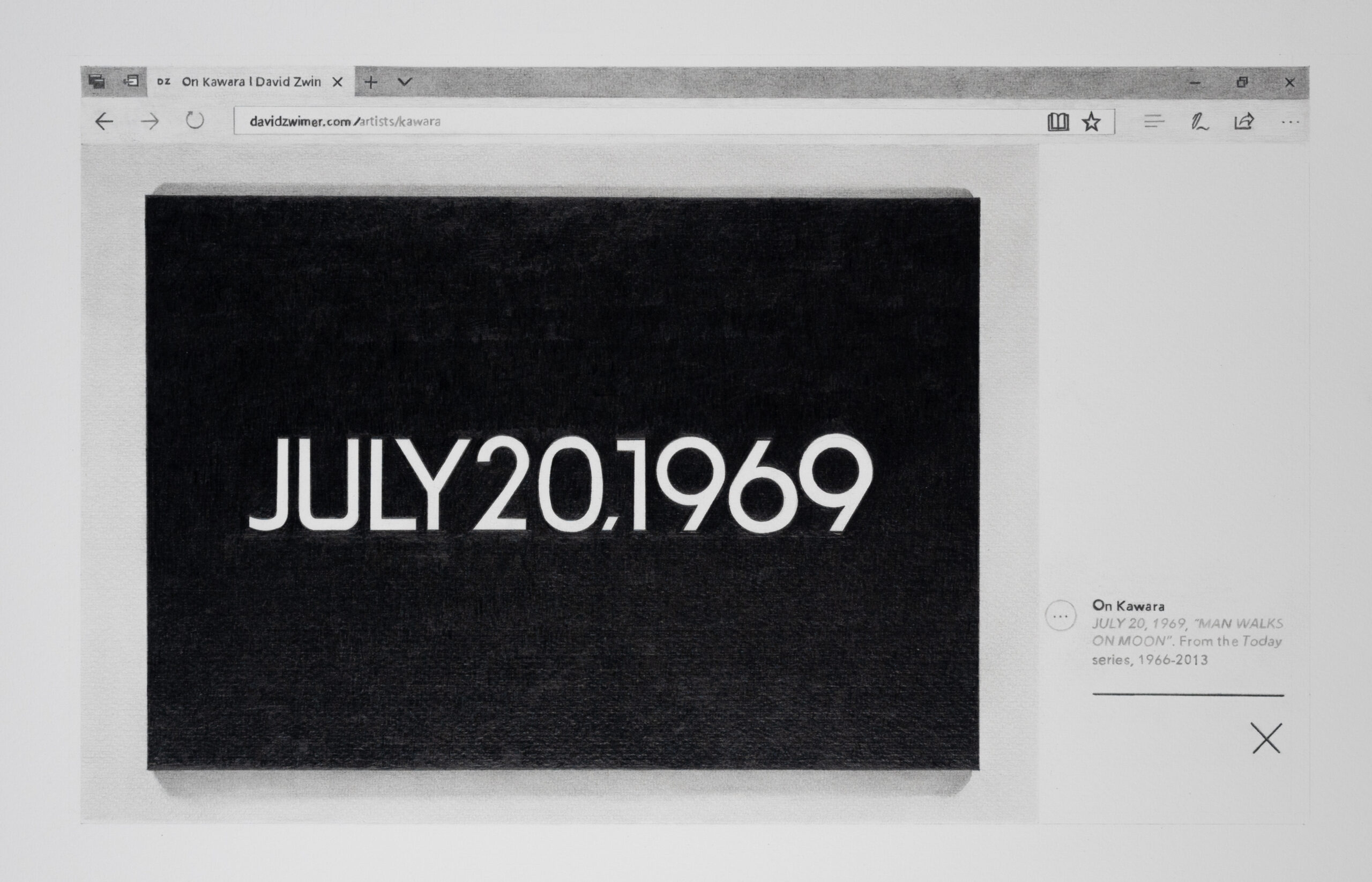 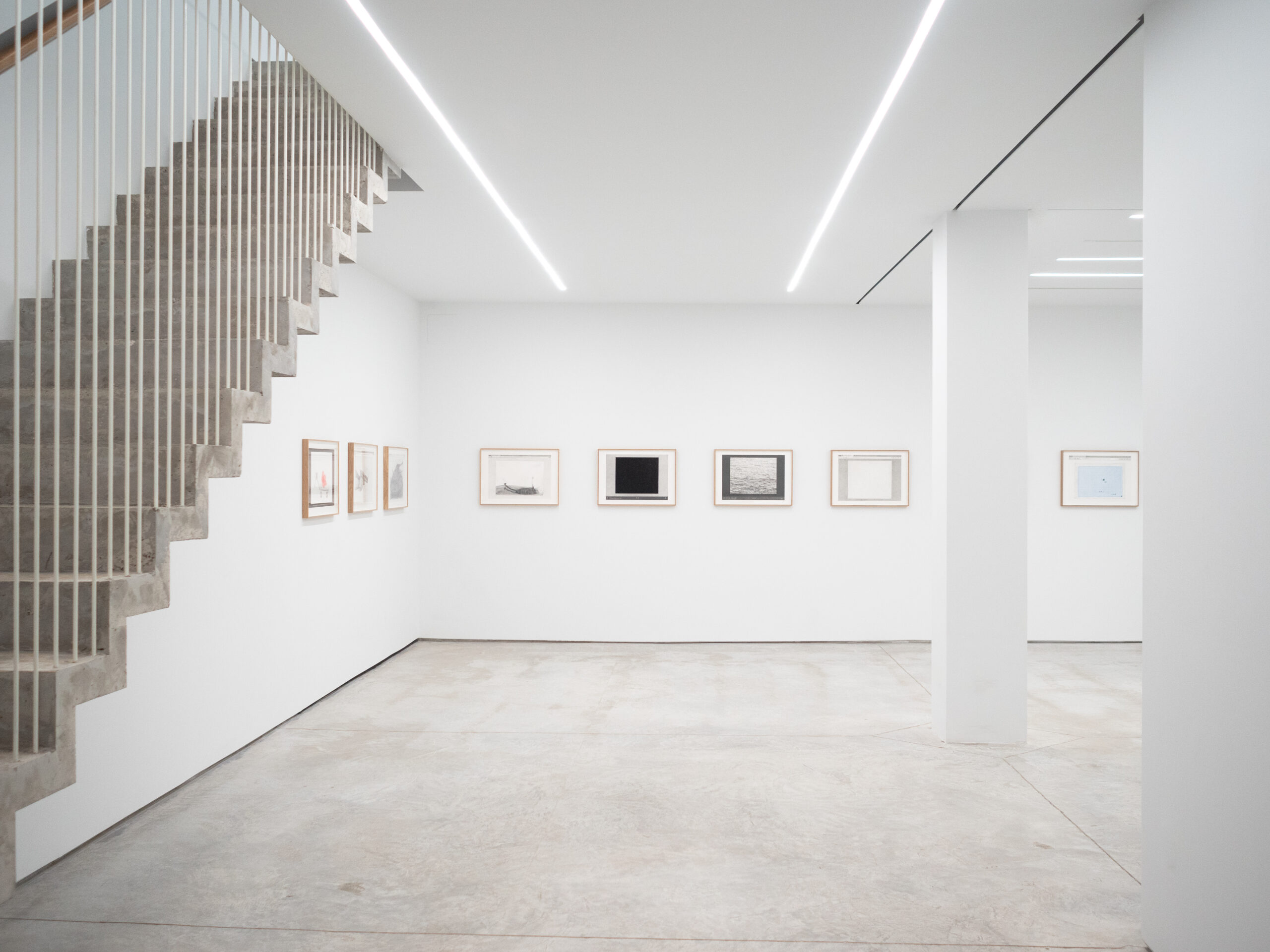 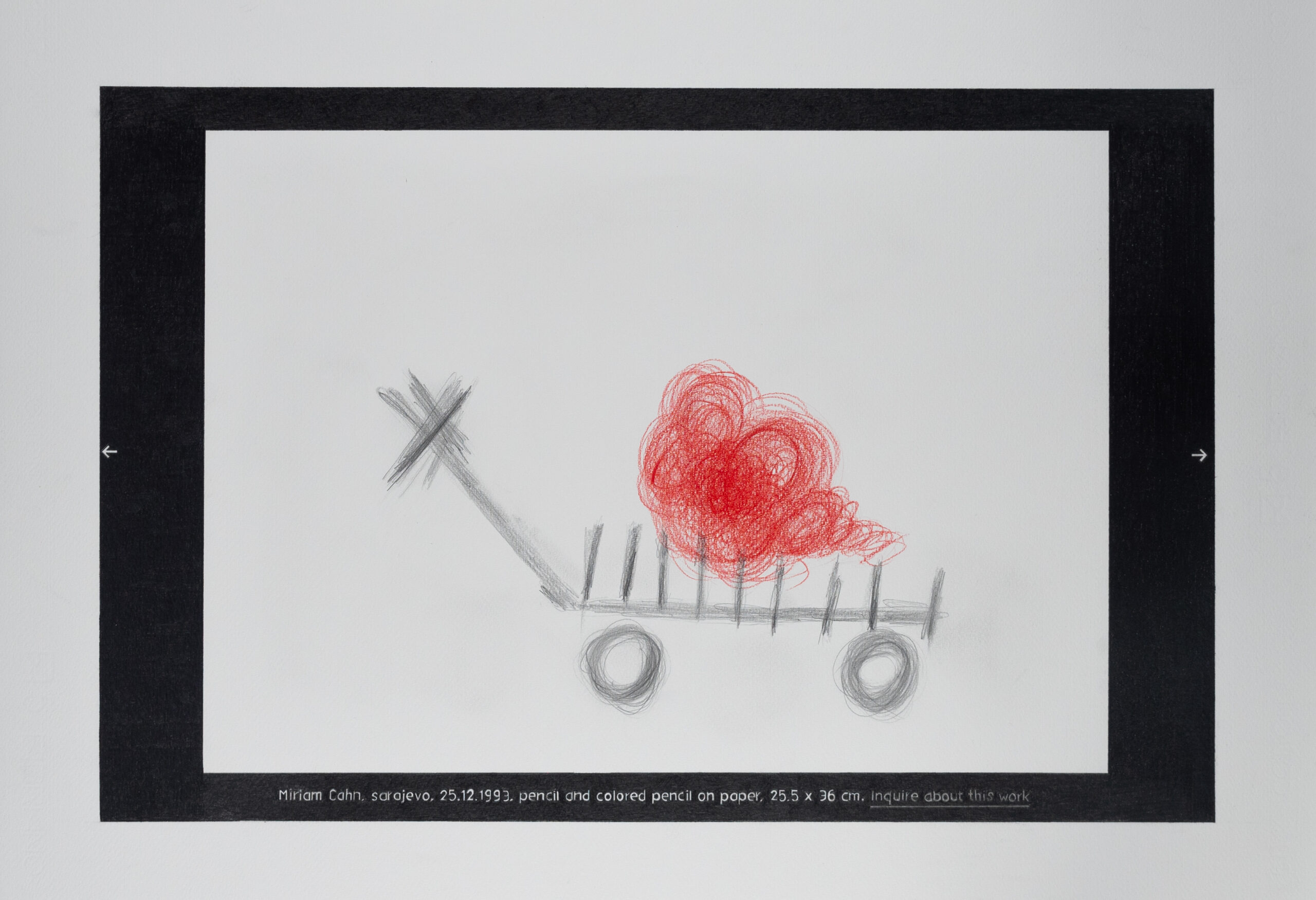 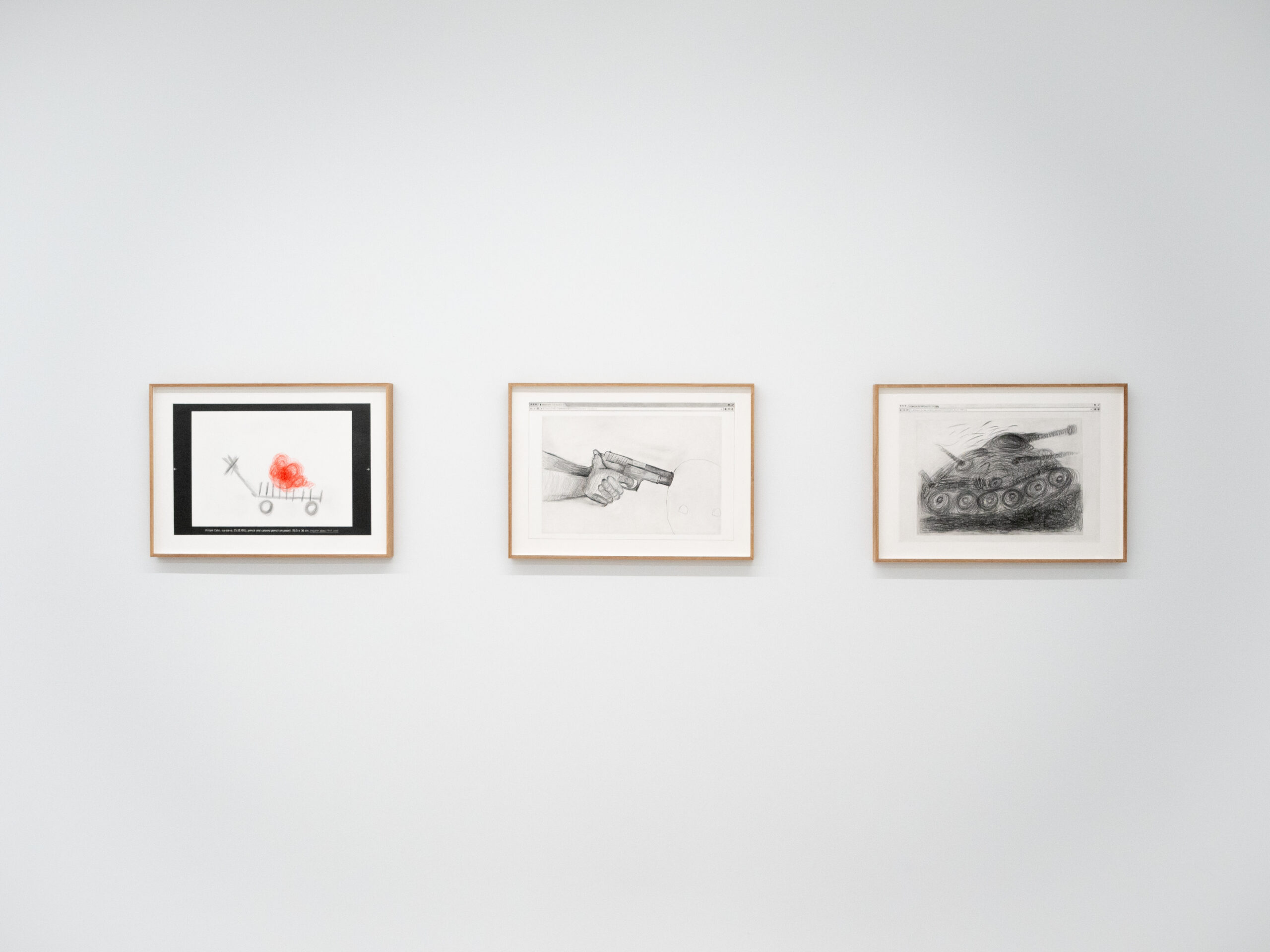 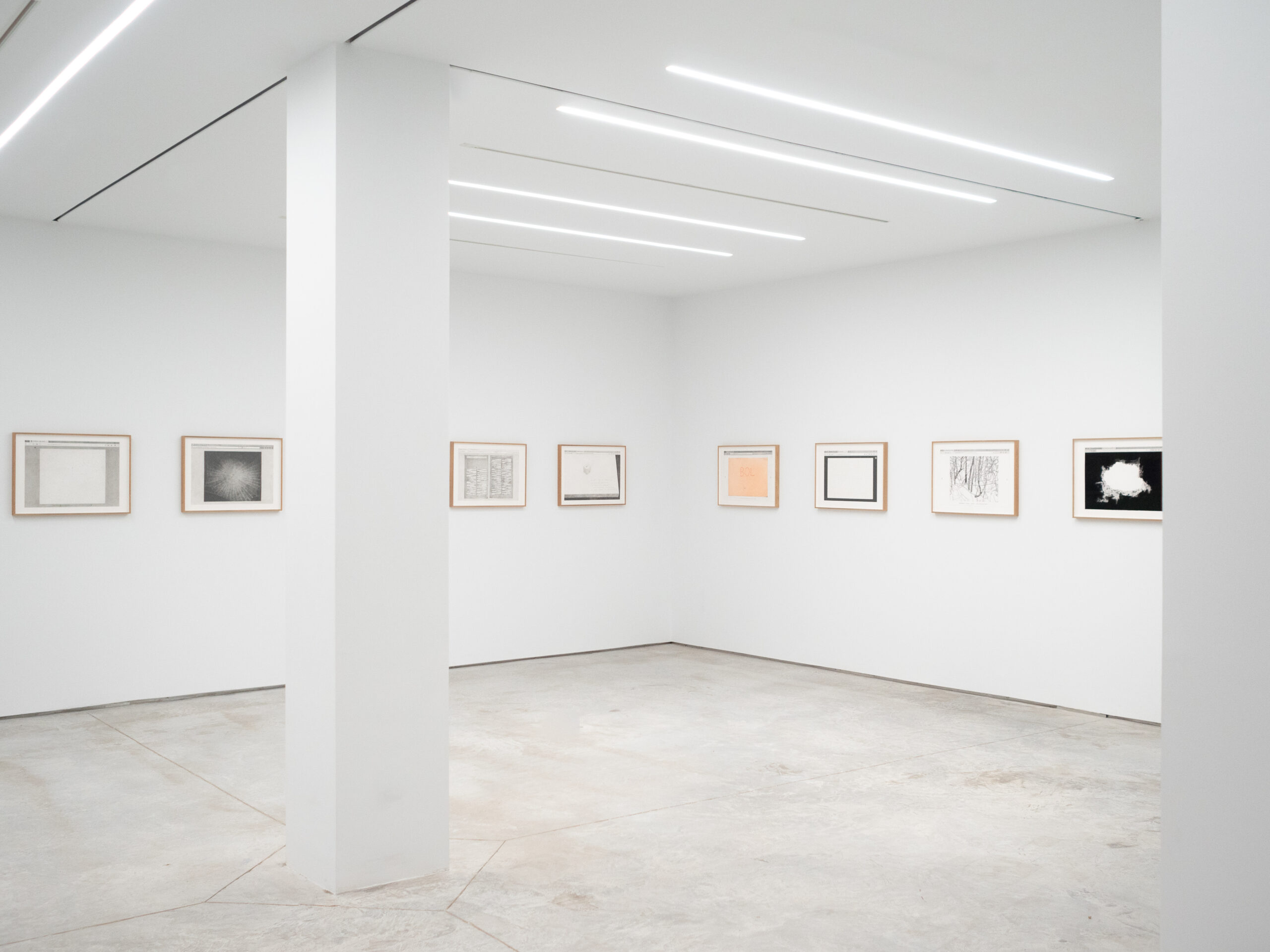 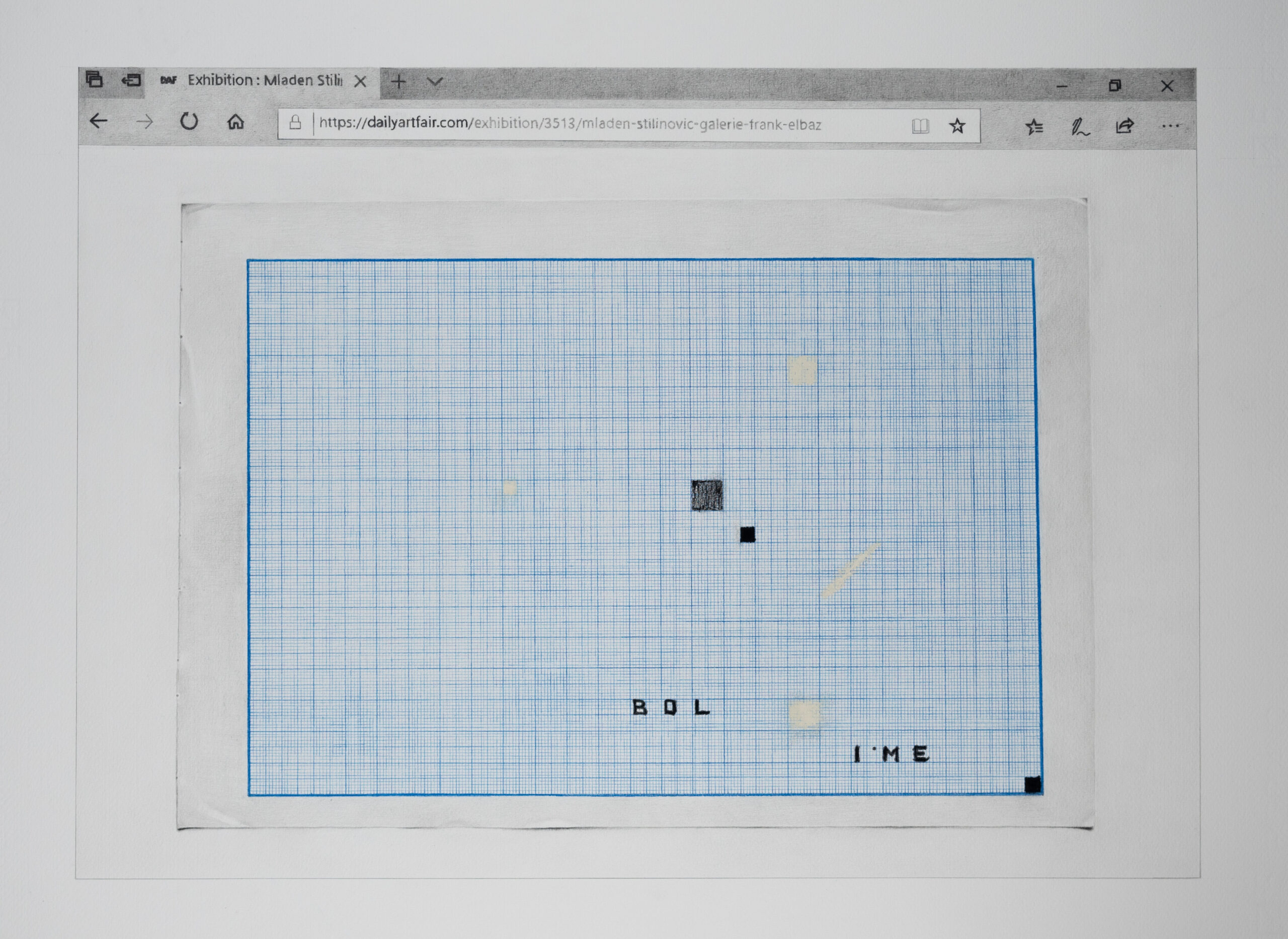 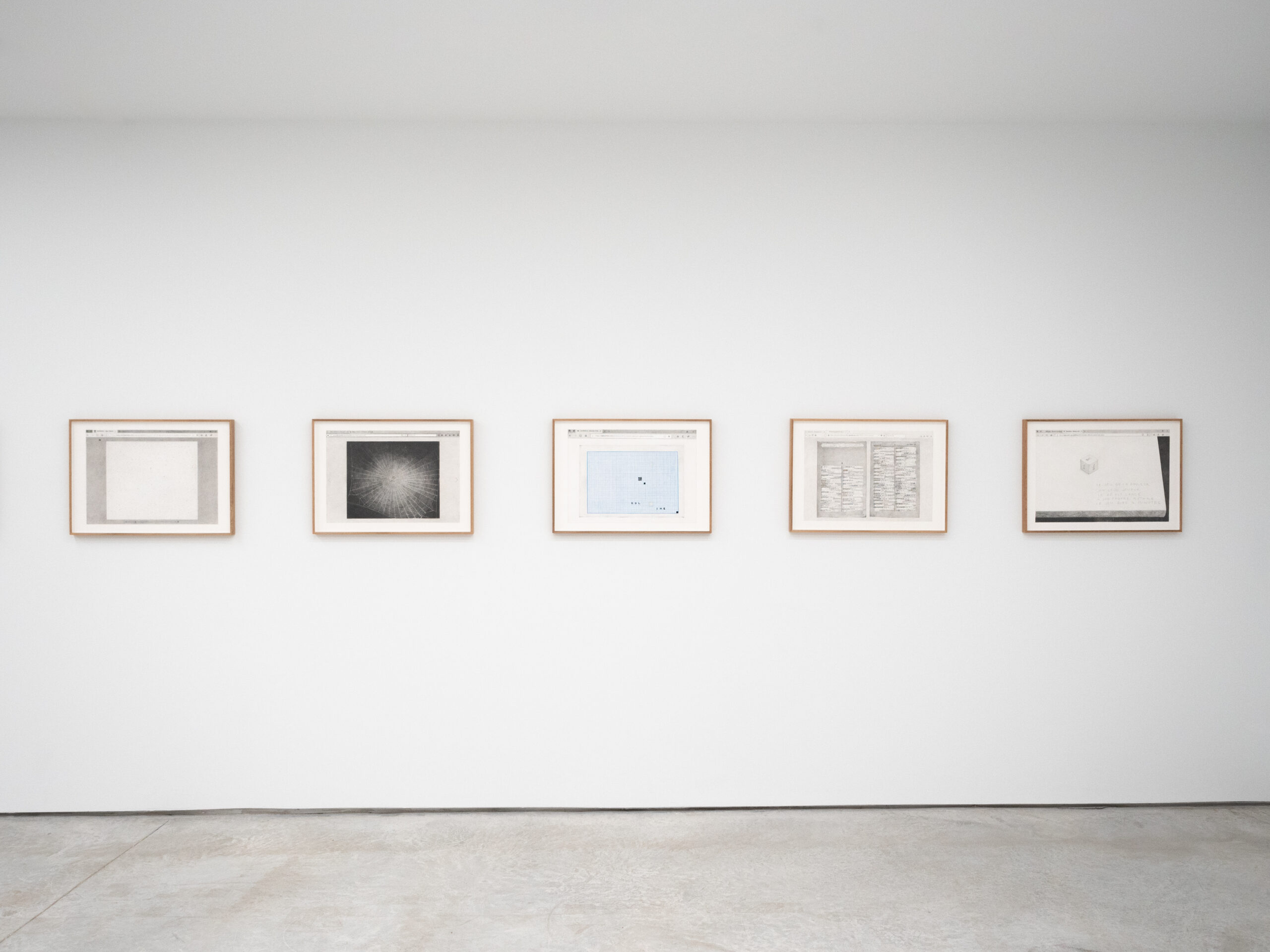 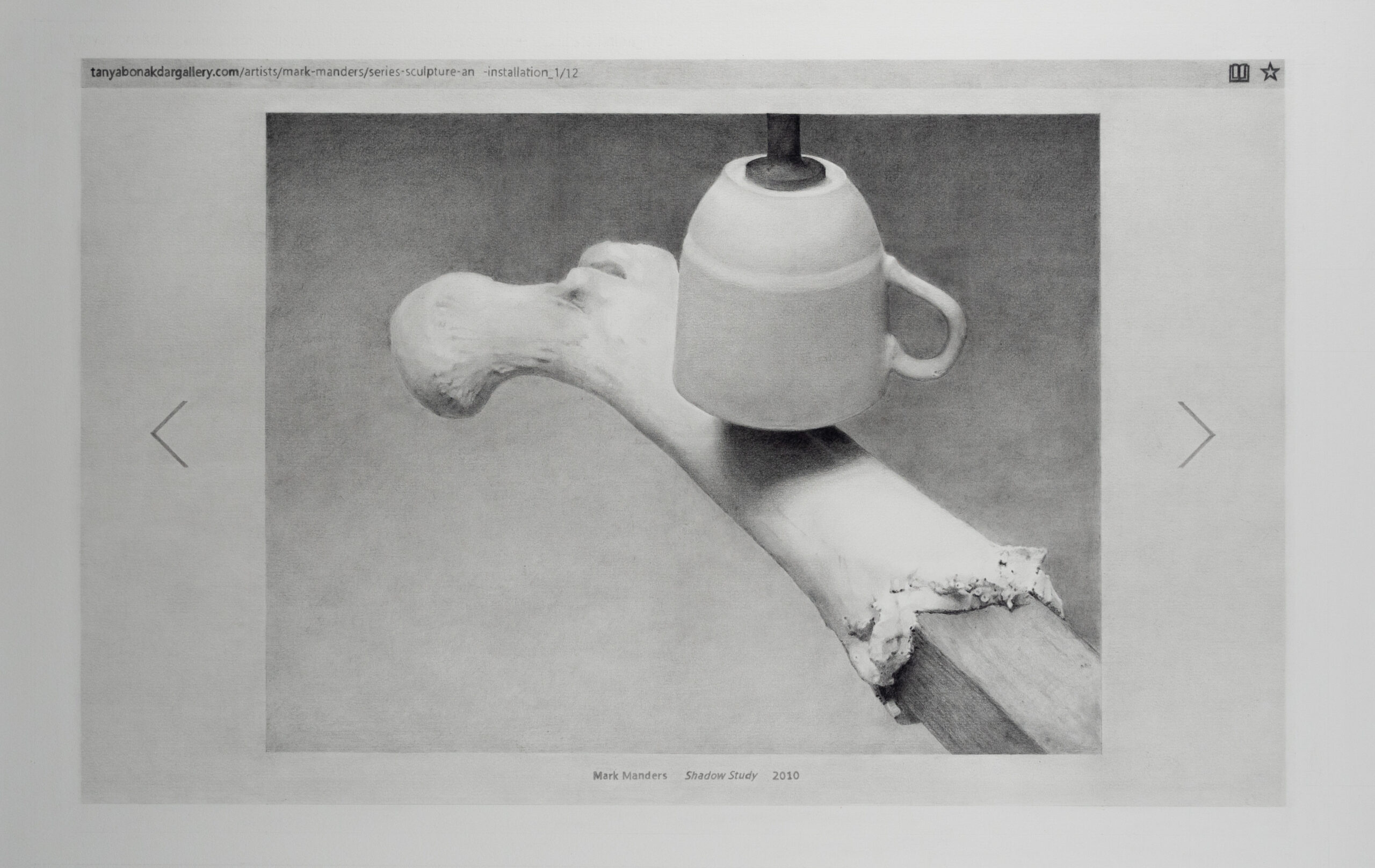 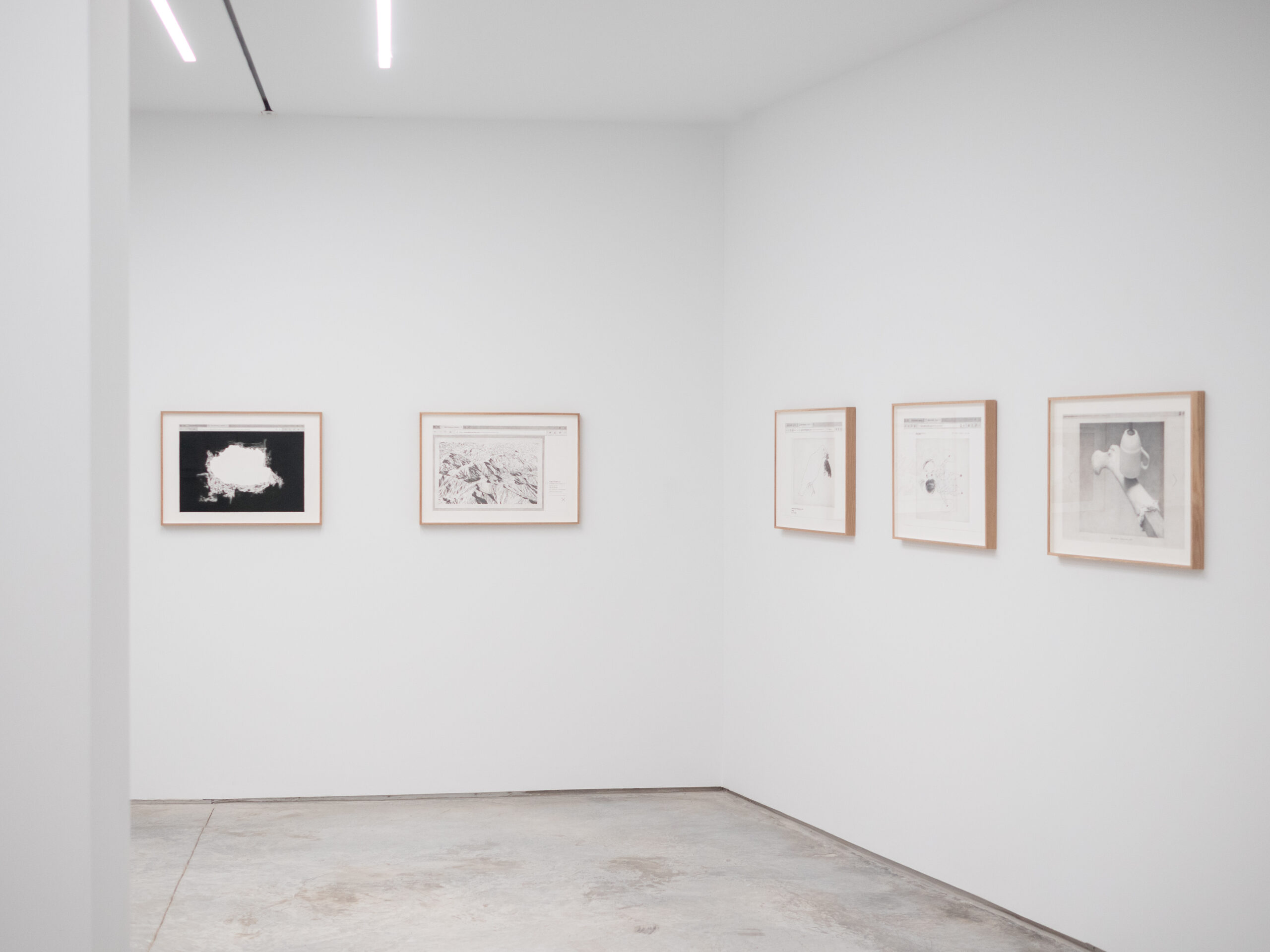 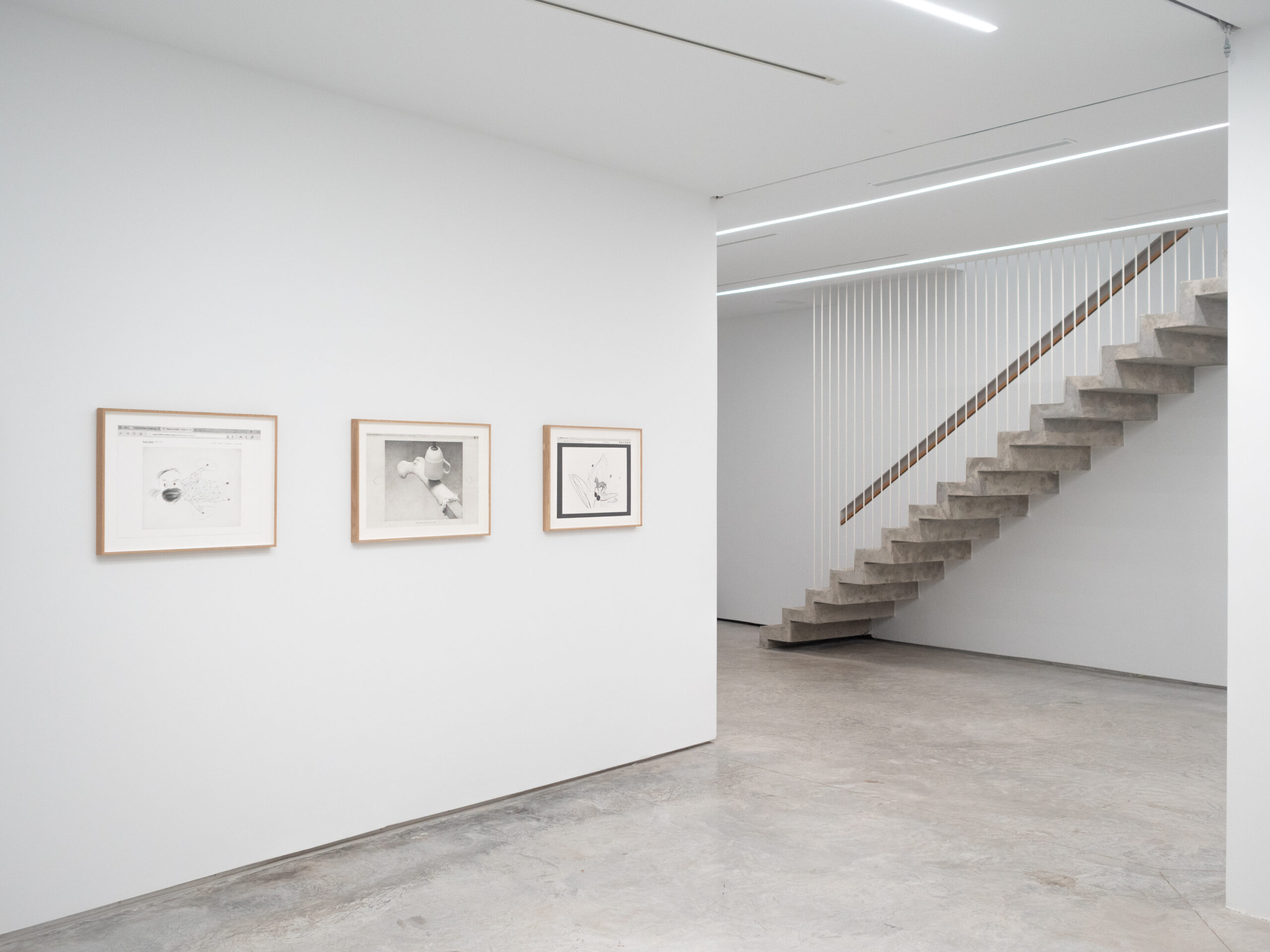