María Tinaut This series is a site-specific project developed with the purpose to explore and rethink image construction and temporality, generating a painterly language with the use of cyanotypes, a photographic means. I aimed to think about how image representation can be in itself production material. To serve this purpose, I built a tool I […]

This series is a site-specific project developed with the purpose to explore and rethink image construction and temporality, generating a painterly language with the use of cyanotypes, a photographic means.

I aimed to think about how image representation can be in itself production material. To serve this purpose, I built a tool I dragged around my studio and its surroundings.  Each walked itinerary determined a type of vocabulary of debris registered. This allowed me to make something out of nothing (subtle scuffs, dirt, leaves, etc.) to explore ideas of endurance, lightness of touch, measurement of the body and its performativity wandering around. To work on color hue and saturation without using paint, I played with time exposures, bleach washes and natural dies. In this particular case, I incorporated composition and design elements from Spanish traditional dishrags.

In this body of work, the displacement and blurring of the fundamentals of representation in the photographic and painterly languages allows us to pose questions about authorship and the “painter’s hand”. The slight out-of-focus imprints of the debris collected from the walks has the advantage of abstracting and simplifying these elements. Thus, these are transformed into light imprints on the surface of the final works, challenging recognizability and the narrow space between figuration and abstraction. The elements in front of us evoke something, but not resolve anything. This way, we admit that dirt, traces and scuffs can also articulate images and help us relocate the gaze on the unnoticed, showing how the landscape constructs a “flag” of a particular place.

Making multiple pieces highlighted the subjectivity and relative value of representation, proving there is not one single way of registering the experience of wandering around in solitude.

For this exhibition Néstor García Díaz presents two new pieces, both of them deriving from his current research around non-anthropocentric forms of social choreographies. In this research he looks at how material production is intrinsically linked with the production of behavioral patterns in our daily lives, serving as blueprint for shaping social organisation. Acknowledging the agency of the inanimate elements that surround us and the ecologies produced by their interaction with humans.

The first of this pieces is Invisible Statement #1 (Yvonne Rainer), a wall text painted in the same colour than the background wall. The text is painted in gloss over matte so it can only be partially perceived thanks to the reflection of light. The piece forces the viewer to bodily engage in order to be able to read the full statement. The piece focus our attention on the ways objects and architectural elements organize our bodies in the space. This first statement —“Move or be moved by some thing rather than oneself”— is a quote by the American choreographer Yvonne Rainer. She used this quote to express her interest in finding movements that where the expression of a thing rather than the human will.

The installation Yet Material Labor is a piece that inserts itself in the transiting paths of a given space, paths usually predetermined by the architectural structure. The intervention adds a second layer to it using Labanotation, a system for recording and analyzing human movement derived from the work of Rudolf von Laban. This second layer leaves a trace in the structure itself, an alternative way of moving through it, expanding these itineraries beyond the functional act of walking. In turn, this strategy serves to collapse the concepts of documentation and score. The exhibition works as a score in itself and its documentation implies the same double function.

The circular structure is also a reference to the increasingly present immaterial work carried out by performers within museum institutions. Due to this fact their working hours have been prolonged in order to fill gallery opening hours. The circular structure implies that the sequence has neither a beginning nor an end and could run in a loop without interruption far beyond the standard working day. 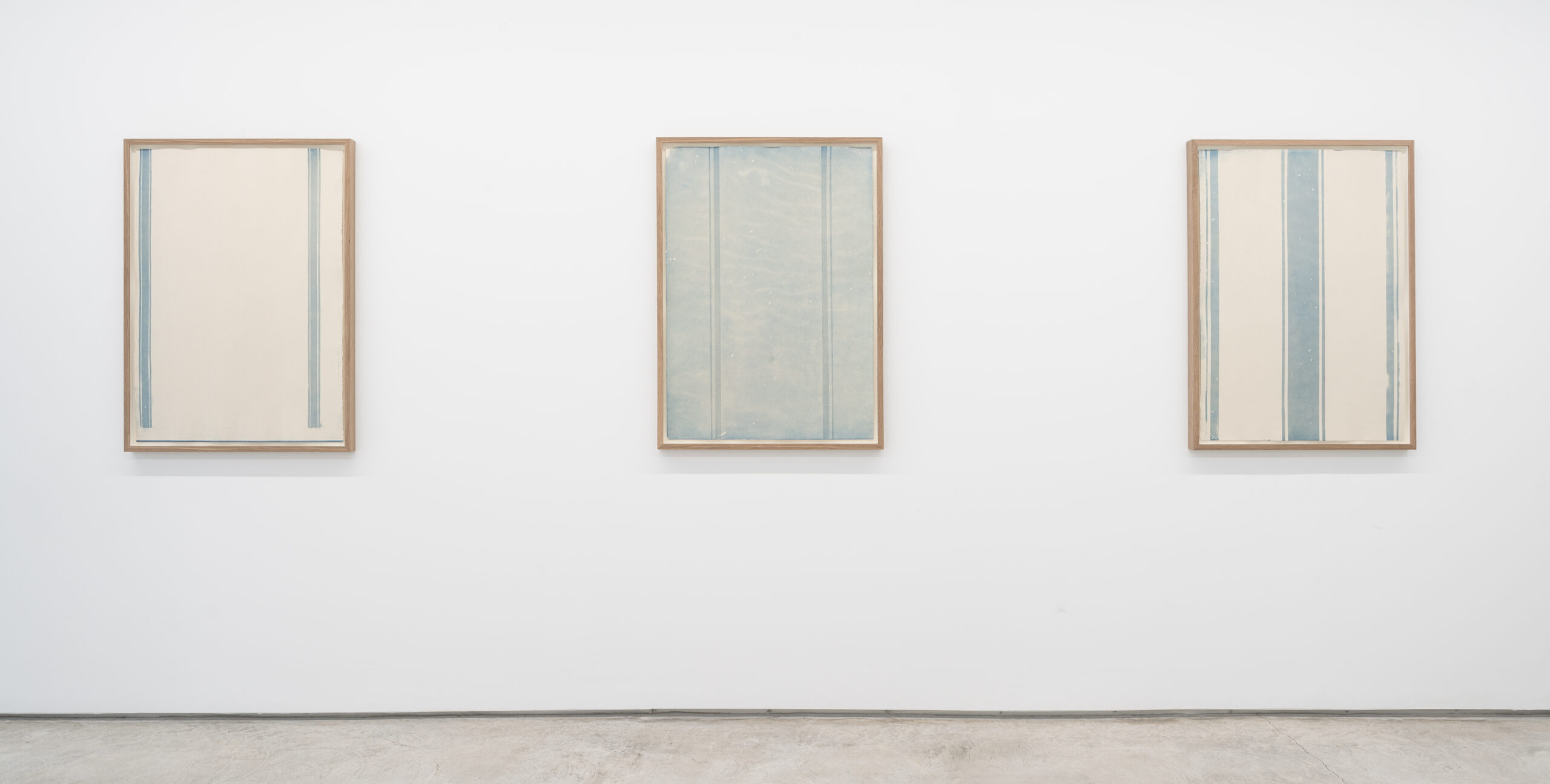 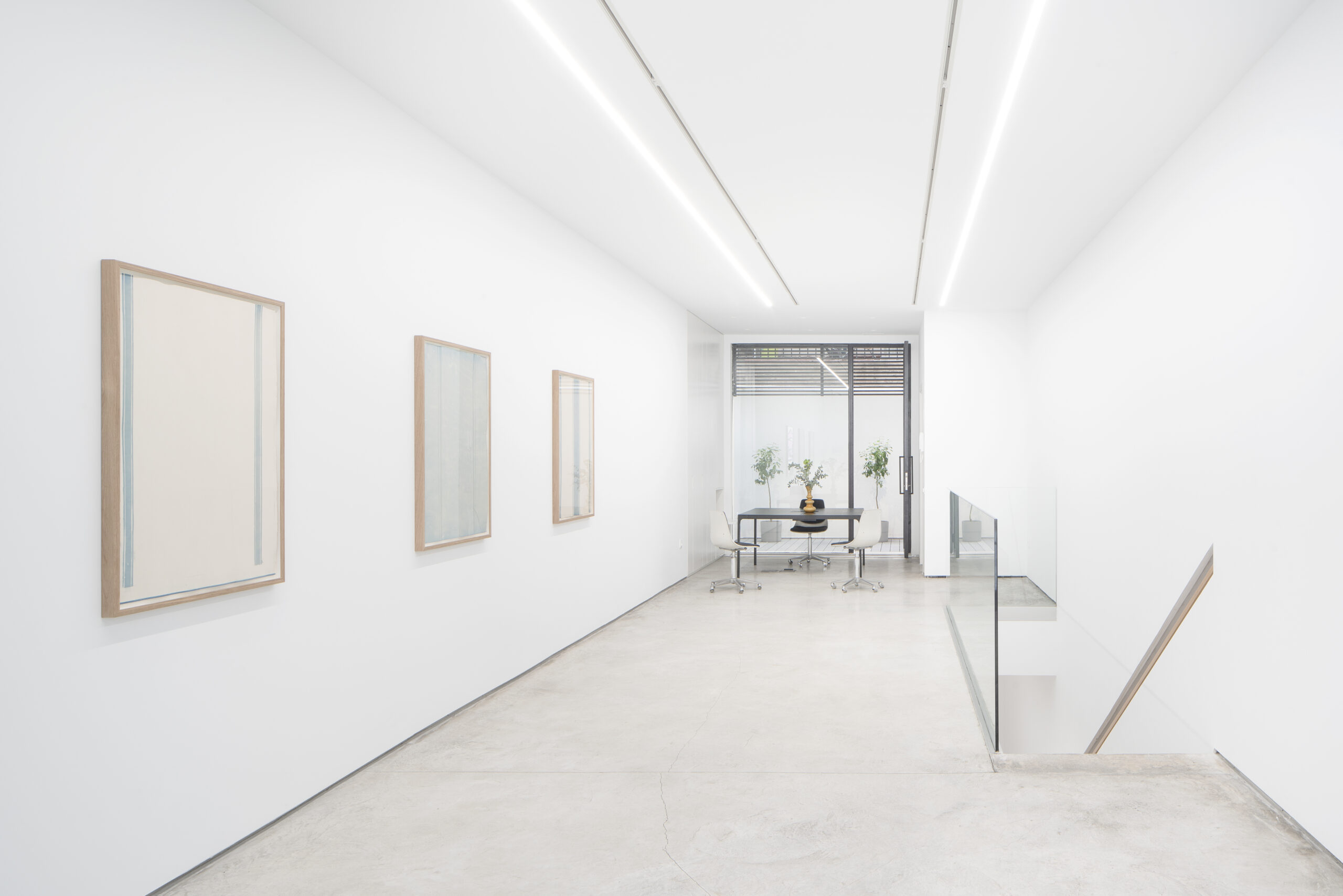 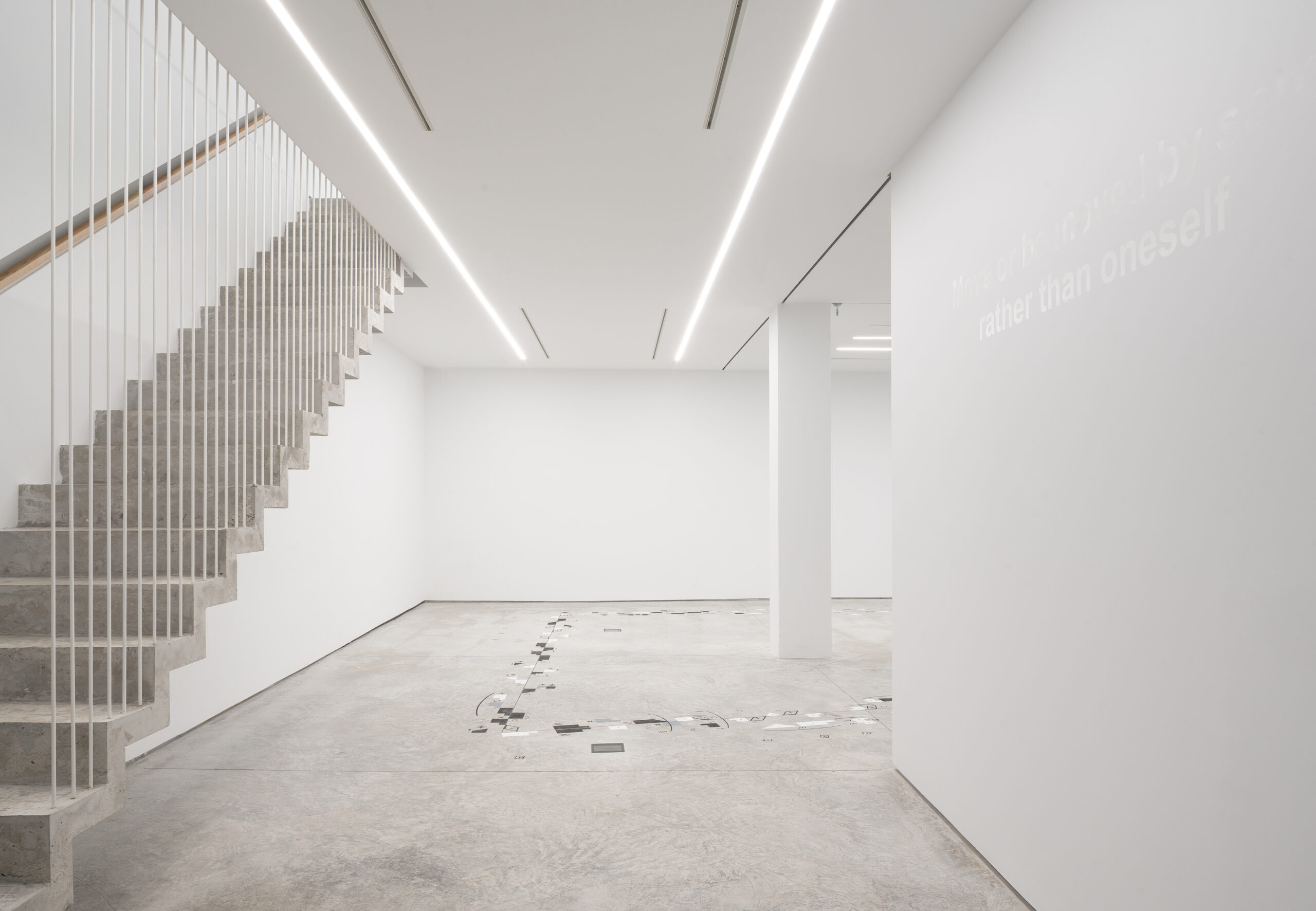 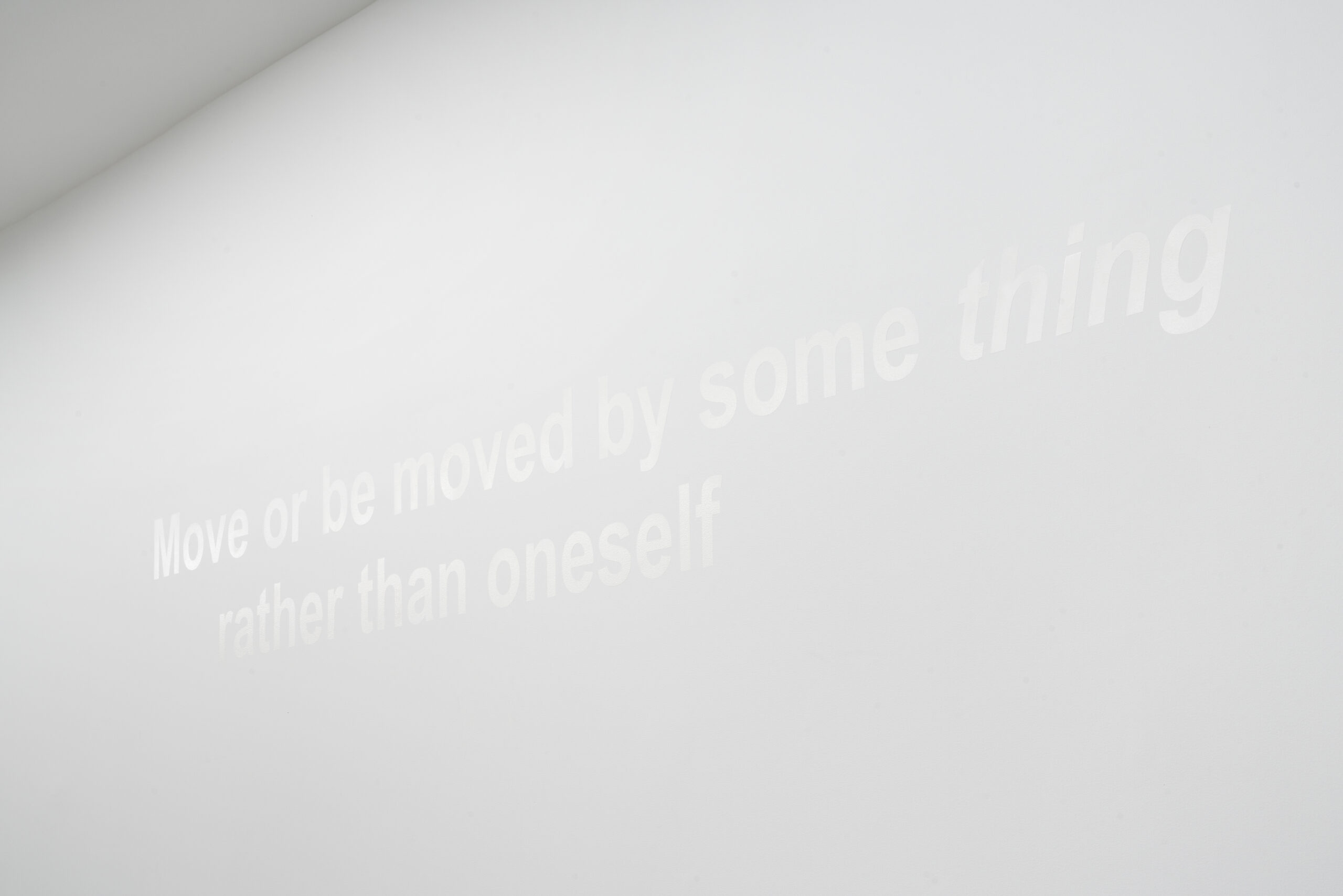 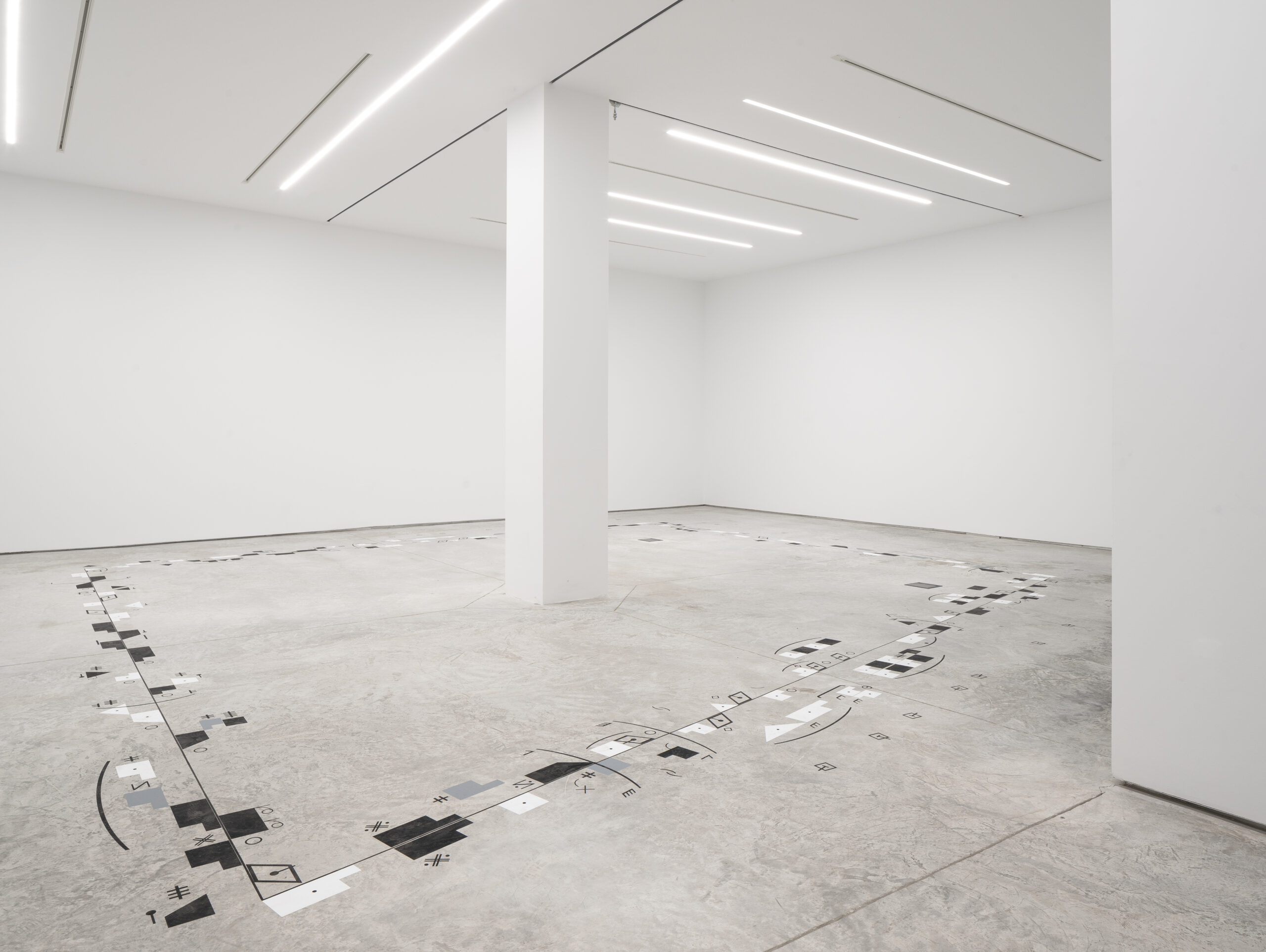 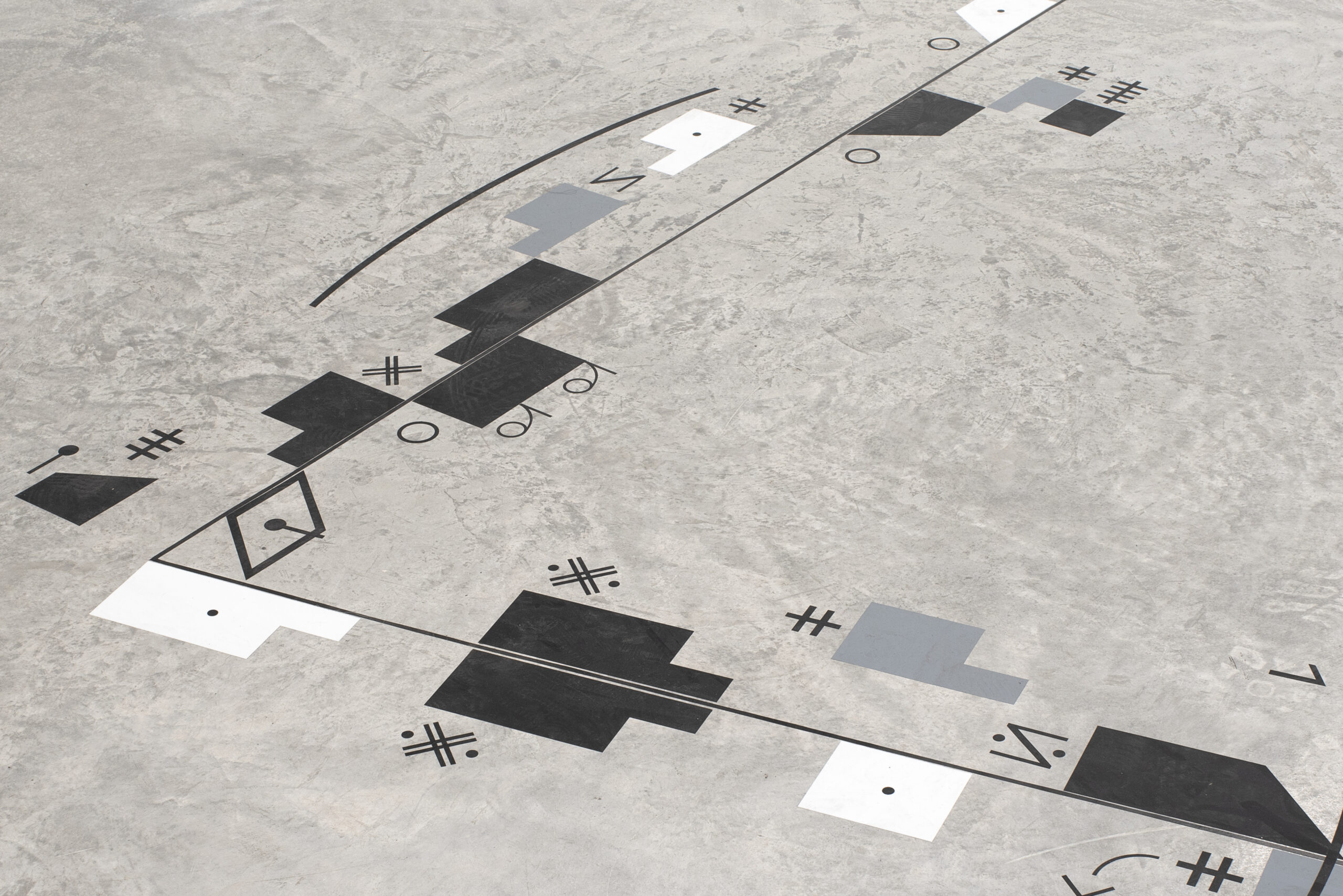 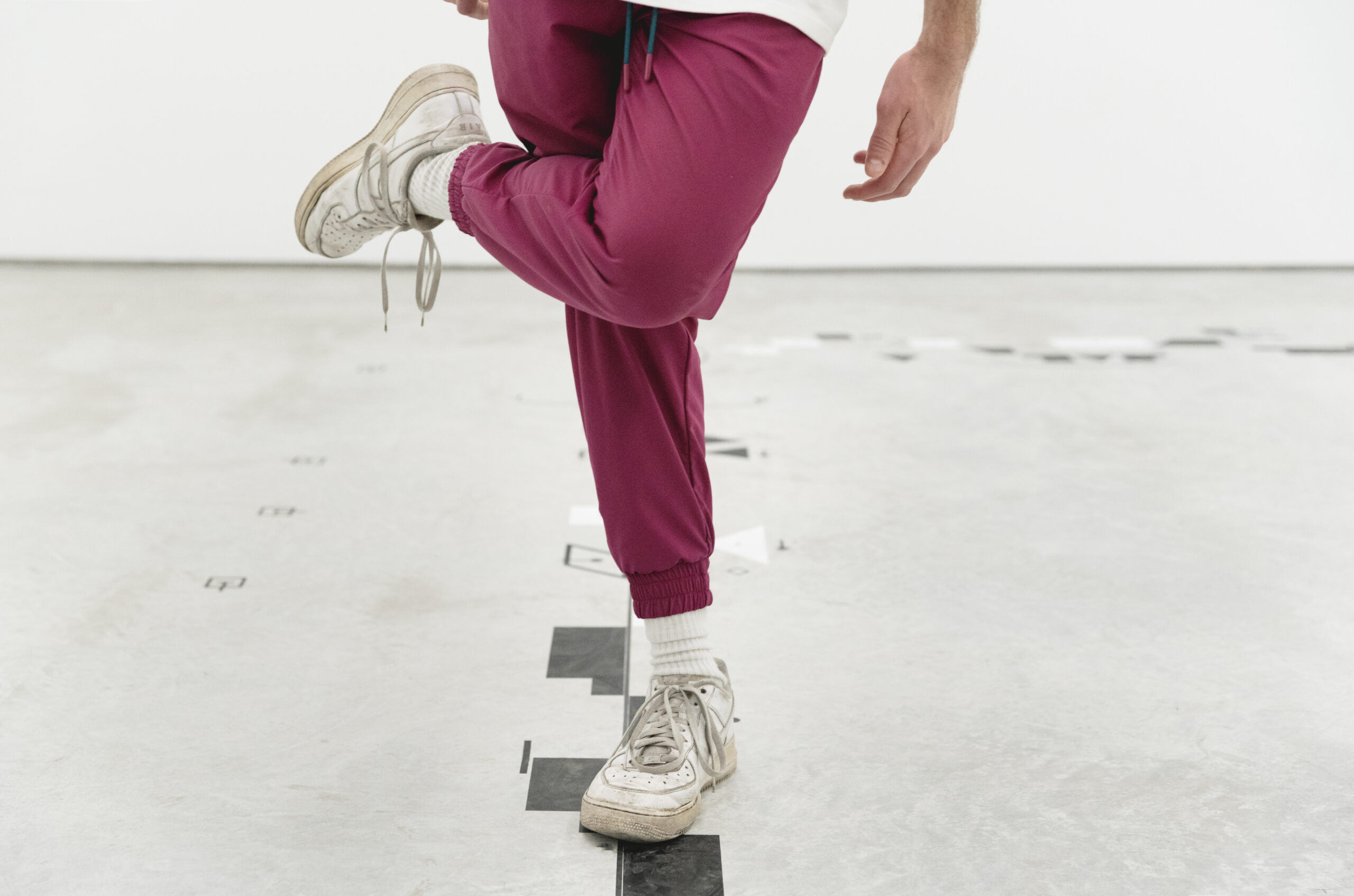 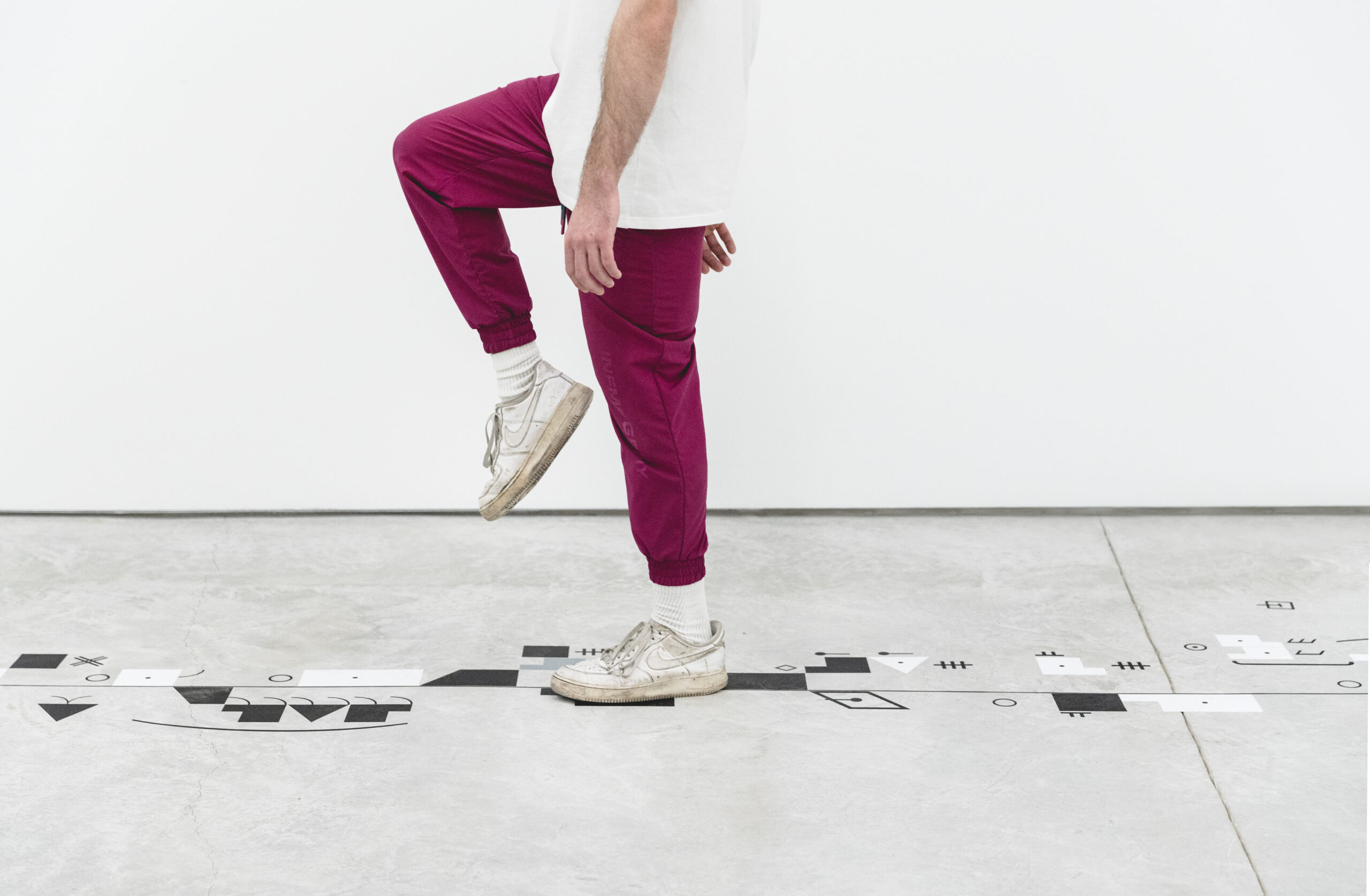